Duolingo’s competition is TikTok and Netflix

Bill Gates and Khloé Kardashian probably don’t have a ton of common interests. But, per Bloomberg, Duolingo is one of them. Launched in 2012, the gamified language app has transformed from a PhD project into a 500-person public company now on a mission to make profits. The app, which views sites like TikTok and Netflix as its competition, now boasts ~15m daily users, up 51% YoY, and 3.7m paid subscribers. Barring any unexpected fiscal blowback over its highly controversial redesign, revenue this

You’ve probably been hearing a lot of buzz about ChatGPT, and for good reason. OpenAI’s ChatGPT is an AI chatbot that uses natural language processing, a branch of AI focused on understanding and responding to text. It’s currently open to anyone, for free, as OpenAI tests it. ChatGPT can answer questions and explain concepts, which some say it does more skillfully than Google. One cool thing: Ask ChatGPT to explain something complicated like you’re a child, and it’ll simplify it. ChatGPT can als

1) The Pentagon showed off its new stealth bomber, the B-21 Raider, on Friday. The ~$753m plane can be flown without pilots, and the government hopes to order 100+, though just 21 have been built. 2) The shipping container business brought in $58.9B in Q3 of 2022, up 22.4% YoY and 158% higher than the combined profits of Meta, Amazon, Netflix, and Google. 3) When the US played in the 2010 World Cup in South Africa, US equity trading volume dropped 43%, per a study by European Central Bank econom 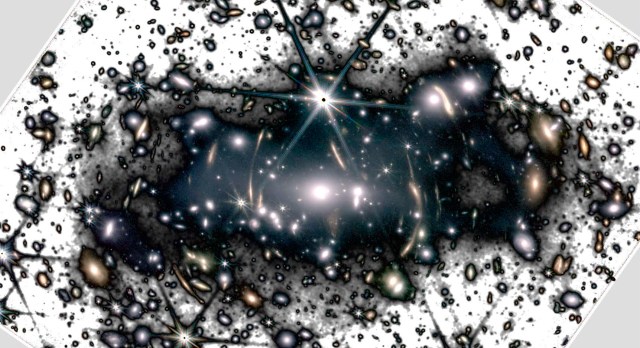 Dark matter remains one of nature’s greatest mysteries. Our galaxy is embedded in an enormous, diffuse dark matter halo, indicating that there must be dark matter flowing through the solar system. While dark matter exists in a large, diffuse halo, the normal matter, because it experiences electromagnetic and collisional interactions, clumps and clusters together in the centers of these gravitational potential wells. The interplay between dark matter and normal matter is essential for understa

Problems arising from the Internet are generally thought of in terms of misinformation, violation of privacy, addiction to gadgets, depression brought on by social media, and manipulation of personal data for advertising and political ends by the Big Tech. In Asia, these problems take on even graver proportions as governments play a greater role in regulating access to the content available on the web.  Within Asia, India’s handling of online space lies between the extremes of being controlled b 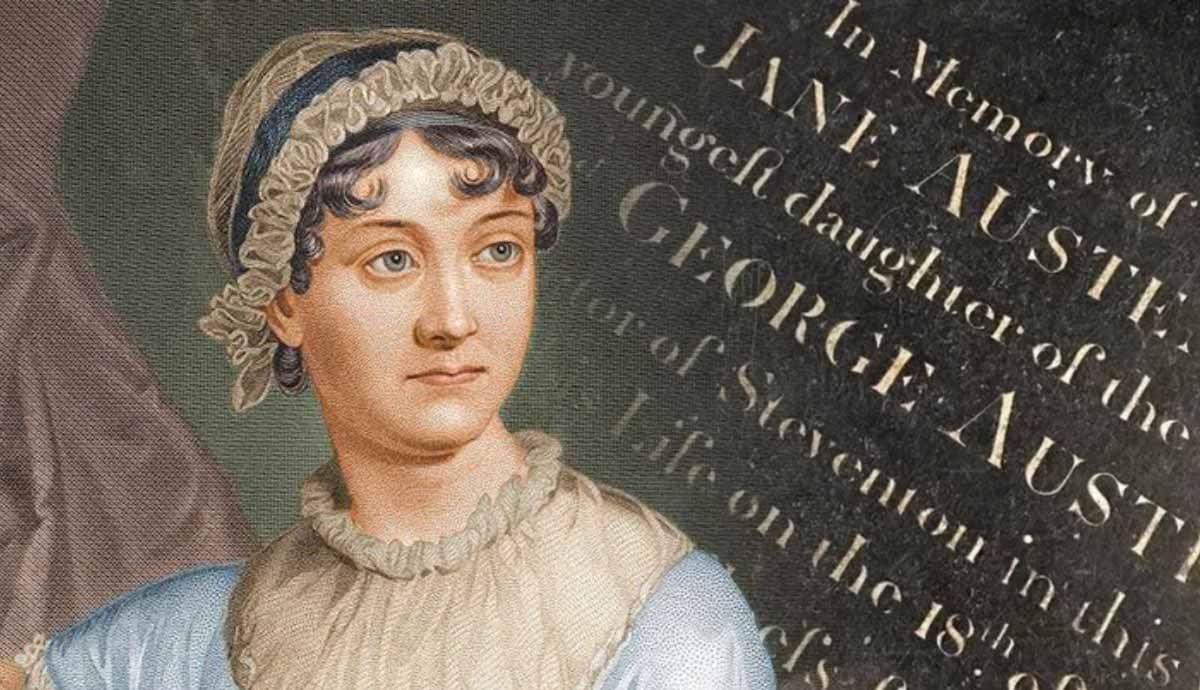 <div>In 1981, one of the twentieth century’s most influential philosophers, Alasdair MacIntyre, wrote in his seminal work After Virtue that Jane Austen was …</div> 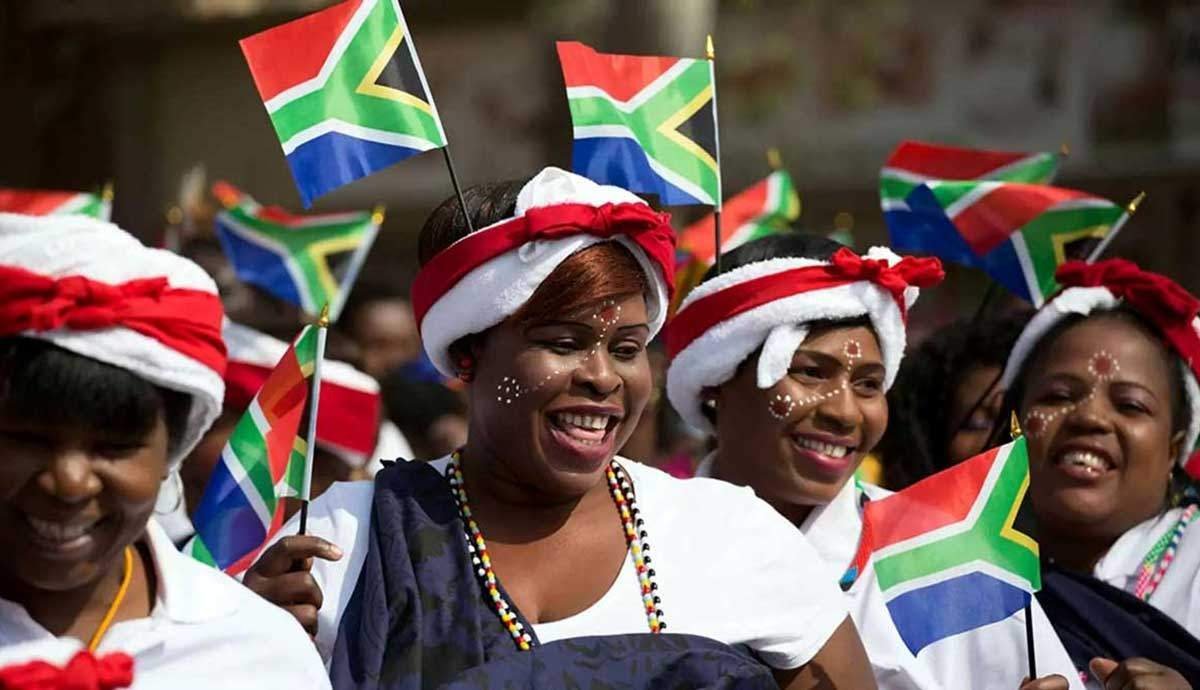 <div>South Africa is a diverse country in which many African cultures have come together.</div> The Global Investigative Journalism Conference (GIJC) is the premier international gathering of investigative and data journalists, held once every two years. In 2023, the conference will be held in Gothenburg, Sweden, from September 19 to 22, and is being co-hosted by GIJN, the Fojo Media Institute at Linnaeus University, and Föreningen Grävande Journalister, Sweden’s national association of investigative journalists. The conference venue is the world-class Swedish Exhibition &amp; Congress Ce <div><div><img src="https://www.portfoliomagsg.com/media/uploads/PP_4910_1200A_011_AMB_fond_Web.png" style="width: 100%;"><div>As women assume increasingly important roles at work on top of their traditional duties at home, the cause for work-life balance becomes significant</div></div></div>

Princess makes most of Harvard visit

On Friday, Catherine, the Princess of Wales, stopped at Harvard’s Center on the Developing Child as part of a visit to the Boston area with her husband William, now Prince of Wales and second in line to the throne behind his father, King Charles III. The couple traveled to Massachusetts to present the second annual Earthshot Prize — an award founded by the prince and awarded by the Royal Foundation of the Prince and Princess of Wales to innovators working on climate change solutions — in a cerem 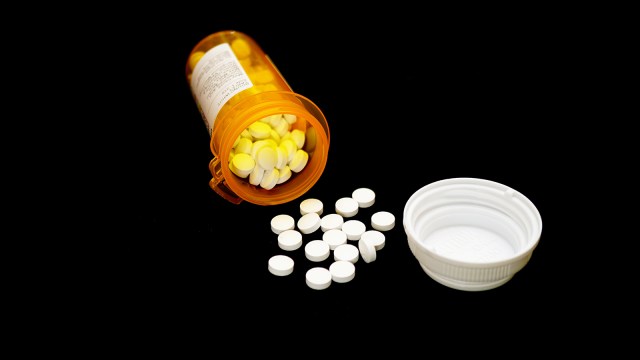 An in-development fentanyl “vaccine” that prevents the drug from entering the brain and producing feelings of euphoria could one day help people quit the drug — and avoid relapsing. The drug: Opioids are highly effective pain relievers, which is why doctors often prescribe them to patients after major injuries or surgeries. The drugs also produce feelings of euphoria, which can lead to misuse and addiction. 80% of people with opioid use disorder relapse at least once. The synthetic op 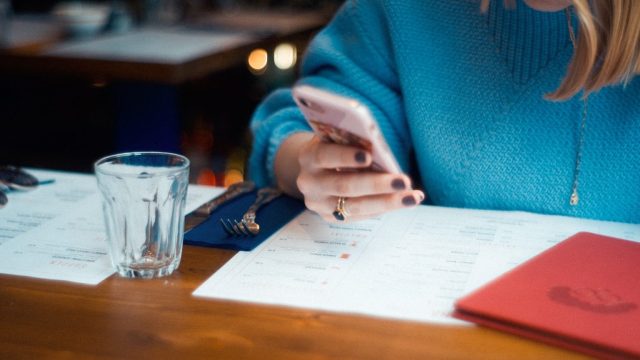 When fighting the spread of misinformation, social media platforms typically place most users in the passenger seat. Platforms often use machine-learning algorithms or human fact-checkers to flag false or misinforming content for users. “Just because this is the status quo doesn’t mean it is the correct way or the only way to do it,” says Farnaz Jahanbakhsh, a graduate student in MIT’s Computer Science and Artificial Intelligence Laboratory (CSAIL). She and her collaborators conducted a st 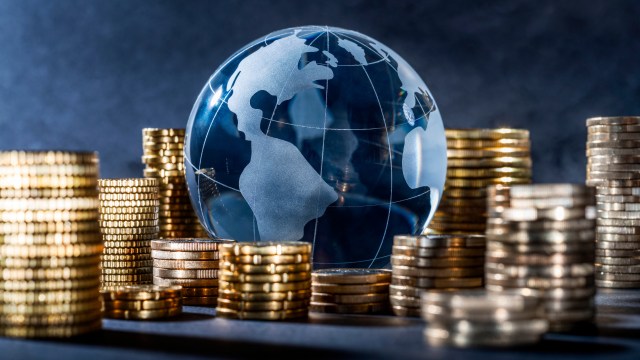 According to the United Nations, the birth of the eight billionth person happened on November 15, 2022. Should we celebrate or mourn that milestone? Many see the expansion of the human enterprise as a calamity. Thinkers from Thomas Malthus and Paul Ehrlich to celebrities from Bill Maher to Tucker Carlson hold that population growth must tax planetary resources to the point of exhaustion. And who can forget Thanos, the supervillain from the Avengers movies, and his famous quip, “This universe is 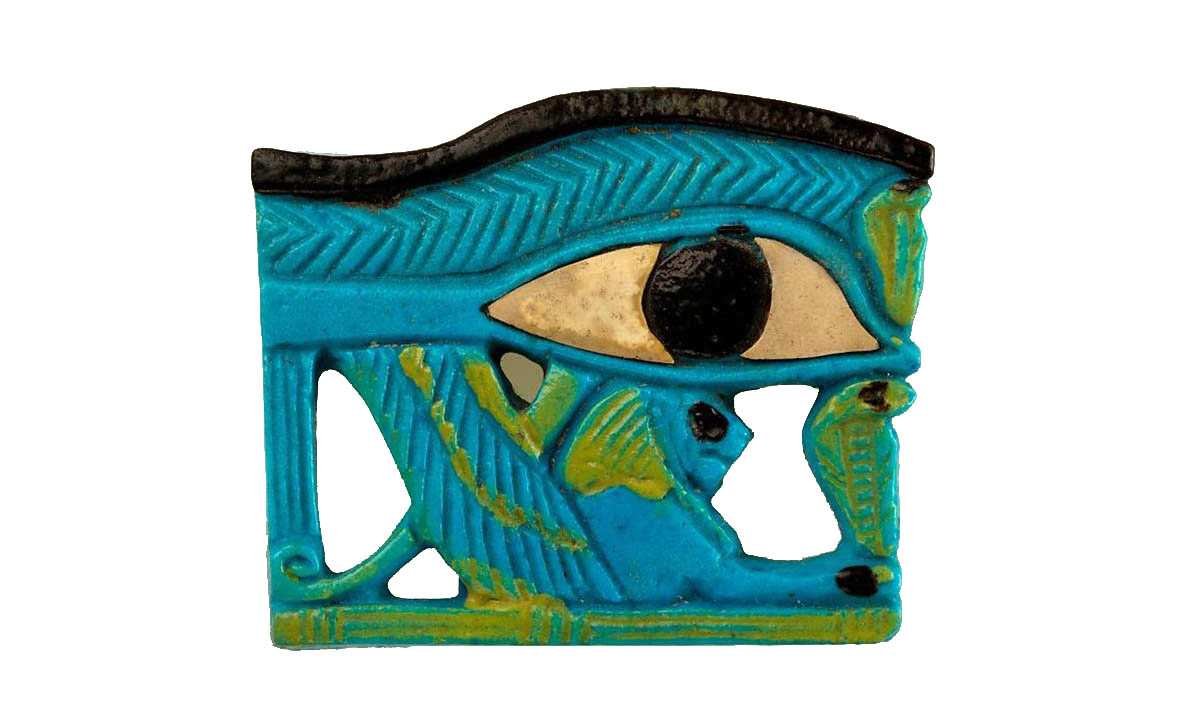 <div>From feared rulers to downtrodden slaves, we look at every kind of female life in ancient Egypt.</div> 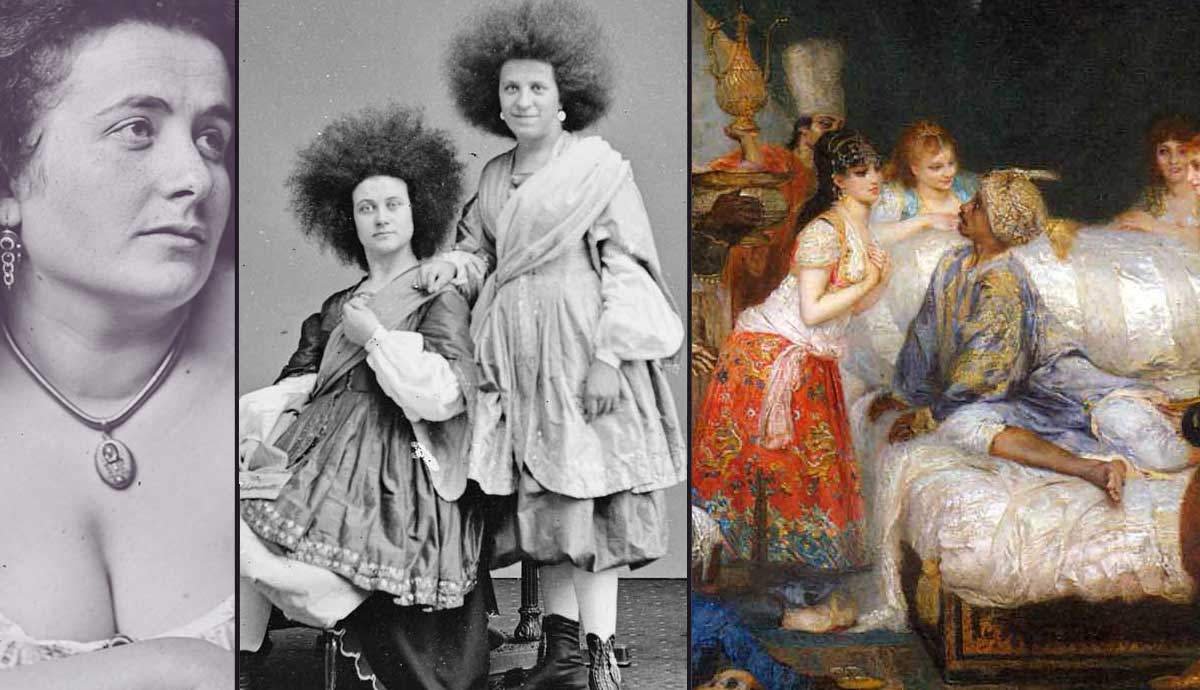 <div>The homeland of the famed Circassian beauties has been the stuff of legend in the Western mind for at least three centuries. The cradle of the …</div> 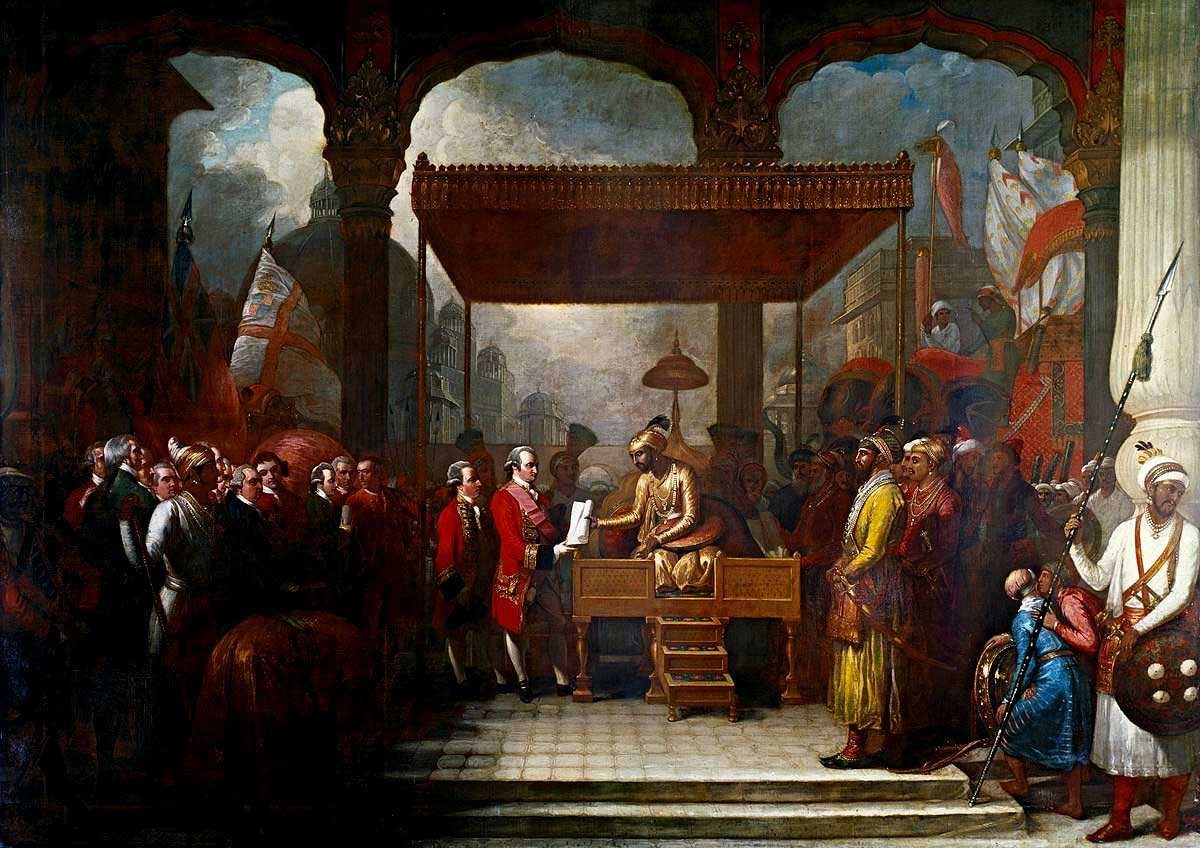 The British Empire: The Good, the Bad, and the Ugly

<div>What did the British Empire do exactly and what was so bad about it? These key moments in British history came to define the colonial era.</div>

“To put your hands in a river is to feel the chords that bind the earth together.” When the young German marine biologist Ernst Haeckel coined the word ecology in 1866 after the Greek words for “house” and “study” to denote the study of the relationship between organisms in the house of life, he had no idea just how intricate this relationship would be revealed to be by the science of the following century. Imagine how astonished he would have been to know that one day we would find salmon in t 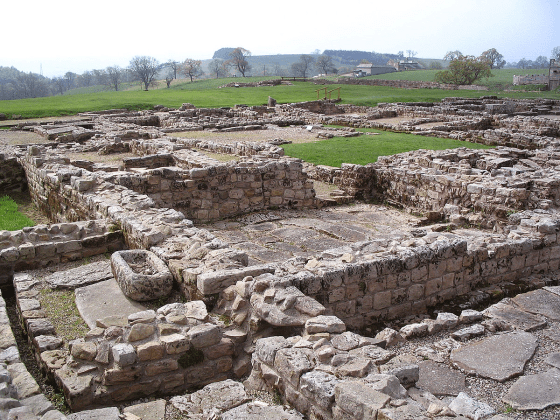 The Romano-British Writing Tablets of Vindolanda

Collective illusions — false assumptions about society that many people share — have existed for thousands of years in many different ways. Today, because of social media and modern technology, they have become even more common. One example of a collective illusion is the commonly held belief that everyone wants fame, wealth, and power. That’s not true. Most of us want lives of purpose and meaning. But because of false assumptions, many of us spend our lives chasing things t